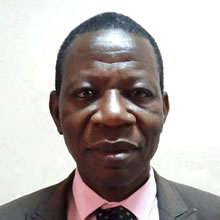 Mr. Oladapo Olatunde was born in Oyo town in the present Oyo East Local Government of Oyo State. He attended L. A. Primary School, Imeleke, via Oyo between 1974 and 1980 where he obtained his First School Leaving Certificate.  He later attended Community High School, Oke-Apo, Oyo between 1980 and 1985 for his secondary education.

Mr. Olatunde also attended Olivet Baptist High School, Oyo between 1986 and 1987 for his Higher School Certificate.  He was offered admission into the Obafemi Awolowo University, Ile-Ife, Osun State in 1987 where he obtained a Bachelor of Arts Honours degree in English in 1991.

Mr. Olatunde later returned to the Obafemi Awolowo University, Ile- Ife for a Master’s degree programme in Public Administration (MPA) which he completed in 1999.

Between May 1995 and February 1996, he worked as a Sales Executive with Genii Systems Limited, Surulere, Lagos.  He also worked briefly as an Education Officer in the Oyo State Civil Service before joining the firm of Messrs Olusola Adekanola & Co. where he worked as a Consultant Trainee between January 1997 and January 1998. He was later employed as a Sales Representative by Leady Pharma Industries Limited, Sango Ota, Ogun State.

Mr. Olatunde began his Civil Service career in the Lagos State Civil Service on 1st March, 2000 when he was appointed as an Information Officer and posted to the Ministry of Information and Strategy.  He has also served as a Press and Public Relations Officer/Public Affairs Officer in many Agencies of the State Government, including the Local Government Service Commission, Randle General Hospital, Surulere, Lagos State Examinations Board and the Lagos State Independent Electoral Commission ( LASIEC ) among others prior to his current posting as the Head of the Public Affairs Unit of the Lagos State Public Procurement Agency (PPA).

In recognition of his contributions and commitment to the improvement of information management of the State Government, he was presented with an award by the then Press and Public Relations Department of the Ministry of Information and Strategy in 2001. The award was formally presented to him on behalf of the Department by Prof. Idowu Sobowale, the then Honourable Commissioner for Education in the State.

In his secondary school days, Mr. Olatunde also emerged as first prize winner of the essay competition organised for all Secondary Schools in Oyo Zone (comprising over 100 Secondary Schools) to mark the International Youth Year (I.Y.Y.) in 1985 as a result of which the Parents/Teachers’ Association of his school offered to pay his school fees. A member of the Nigerian Institute of Public Relations (NIPR) and the Nigeria Union of Journalists (NUJ), Mr. Olatunde loves reading, writing and meeting people. 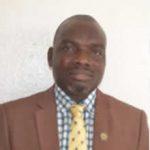 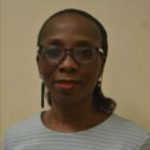