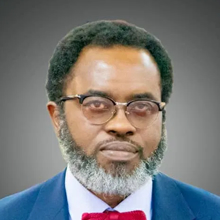 Mr. Moyosore Jubril Onigbanjo (SAN) is a member of the Governing Board of the Lagos State Public Procurement Agency and Attorney General and Commissioner for Justice, Lagos State.

A fellow of the Institute of Chartered Arbitrators of the United Kingdom, member of the Nigerian Bar Association (NBA), Lagos branch, NBA Prosecutor before the Body of Benchers and Legal Practitioners’ Disciplinary Committee and a Notary Public, Mr. Onigbanjo was born on 24th September, 1964.

He graduated from the Obafemi Awolowo University, Ile-Ife with a Bachelor of Law (LL.B Hons.) degree in 1988 and was called to the Bar after completing his professional studies at the Nigerian Law School in 1989.

Thereafter, Mr Onigbanjo attended the Harvard Law School for two Executive Courses on Negotiation and Leadership and later, on Difficult Conversation, both in 2017. He also holds a Diploma in International Arbitration of the Chartered Institute of Arbitration, United Kingdom.

Mr. Onigbanjo began his legal career with Akin Delano & Co. as Managing Associate before he later moved to Prof. A.B Kasunmu’s Chambers as a solicitor. He also worked as Managing Partner with L.A. Adeniyi & Co. before setting up M.J. Onigbanjo & Co as founding partner.

Mr. Onigbanjo has considerable appellate court experience, having been privileged to argue numerous appeals before the Court of Appeal and the Supreme Court of Nigeria. He has argued over 80 cases at the different cadres of court in Nigeria, ranging from the High Court to the Supreme Court.

In recognition of his brilliance and excellence as a litigator, the Legal Practitioners’ Privileges Committee, under the chairmanship of the then Chief Justice of Nigeria, Hon. Justice Aloma Muktar (GCON), conferred on him the rank of the Senior Advocate of Nigeria (SAN) in September, 2013.

His areas of professional competence include arbitration, litigation, negotiation, public speaking and analysis among others. Mr. Onigbanjo hails from Lagos State. He enjoys travelling, playing football, golf and following current affairs as hobbies. 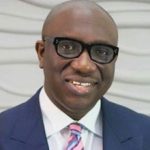 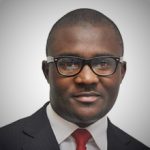