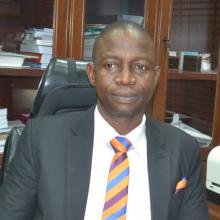 Mr. Fatai Idowu Onafowote is the General Manager, Lagos State Public Procurement Agency (PPA). Born on 16th February,1967 in Ketu-Ereyun in Ikosi Ejinrin LCDA of the State, Mr.  Onafowote began his working career in the Public Service of the State as an Agricultural Officer, Grade Level 08, on 30th May, 1995.

Mr. Onafowote obtained his “O” Level School Certificate in 1984 at Ilugun Central Academy, Ibido Odosenbora, Ogun State. He later obtained his “A” Level School Certificate from the School of Basic Studies, Ijebu Ode, Ogun State. For his tertiary education, Mr Onafowote attended the University of Ibadan, Ibadan where he obtained his degree in Agriculture (B.Sc. Agricultural Biochemistry and Nutrition) in 1990, graduating with a Second Class Honours, Upper Division. In 1997, he obtained a Master’s degree in Information Science (M.Inf.Sc.) at the African Regional Centre for Information Science, University of Ibadan, Ibadan.

Mr. Onafowote is an Associate member of the Chartered Institute of Purchasing and Supply Management of Nigeria (CIPSMN) and a fellow of the Institute of Information Management, Africa (IIM).

The following are among the major landmark achievements and contributions of Mr. Onafowote to the Public Service of the State.

He participated in the drafting of the Lagos State Public Procurement Law enacted in October 2011, the implementation of which commenced in April 2014.

He also participated in the review of projects being considered for implementation under the various MDAs to determine their adequacy for issuance of Letters of No Objection, Confirmation or Certificate of Compliance.

He also participated actively as a member of “Community of Practice” being facilitated by the State Performance, Accountability, Responsibility, Responsiveness and Capability (SPARC).

Mr. Onafowote has participated in a number of local and foreign training programmes including:

>> Evaluation of bids for the construction of Farm access roads in Cross River,

>> Training on Contract Administration from Award to Completion, organised by EuroMaTech in May, 2019 in the United Arab Emirate, Dubai.

Mr. Onafowote is happily married and blessed with children. His hobbies are reading, swimming and singing. 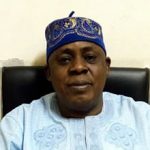 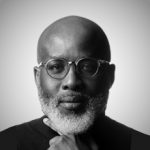