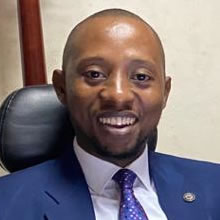 He has also worked on the review of various procurement processes, the review and certification of Notification of Award letters and contractual documents emanating from several transactions, issuance of Legal Advisory on several subject matters, drafting and reviews of extant Law, Regulations, Guidelines and Policy Statements, maintenance of the Procurement Registry and Secretarial functions for the Governing Board. These were all achieved in line with the extant Law and international best practice.

Mr. Obijiaku has been an important part of several Lagos State Government project conception, negotiation, implementation and advisory teams. Prior to his deployment to the Lagos State Public Procurement Agency, he was seconded to LAGBUS Asset Management Limited between 2012 and 2013 based on the recommendations of the then Managing Director, Mr Babatunde Disu, to the Governor of Lagos State. In LAGBUS Asset Management Limited, he was a Legal and Regulatory Compliance Officer where he worked on matters involving Corporate Practice, Negotiation Techniques, Public-Private Partnerships and Project Structuring.

In 2008 when he joined the Lagos State Civil Service, he was deployed to the Commercial Law Directorate of the Ministry of Justice. This position gave him first-hand exposure to Public Law, Commercial Law, Public-Private Partnership structuring and Government Policy Formulation.

In recognition of his outstanding performance, Mr. Obijiaku was adjudged as the Best State Counsel in the Commercial Law Directorate for 2012 and the Most Outstanding Staff based on SPADEV, for 2018 in the Lagos State Public Procurement Agency.

Mr. Obijiaku obtained his LLB from the Lagos State University, Ojo, Lagos in 2005 and his LLM from the University of Lagos, Akoka, Lagos in 2020. He is a member of the Chartered Institute of Secretaries and Administrators of Nigeria and he holds a Certification in “Contracts Administration: From Award to Completion” from EUROMATECH.

Being of the Igbo tribe has in no way affected his career growth or acceptance in Lagos State. His mutually beneficial relationship with the Lagos State Government started in 1997 when the State Government awarded him a Scholarship based on the academic feats he achieved in Secondary School. These feats include being the overall Third Place Winner (Junior Category): World-wide Essay Competition on “Fighting Hunger and Malnutrition”, organised by the United Nations, held in Italy – Europe.

Mr. Obijiaku has a lifestyle of diligence and excellence and striving to be better at what he does in the Lagos State Public Service is his way of paying the State back for its unbiased support all through the years. He is happily married to Oluwasola Obijiaku, a staff of the Lagos State Internal Revenue Service and the union is blessed with a son, Onyekachi Oluwanifemi Obijiaku. 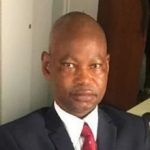 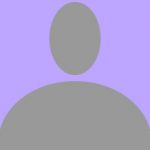